Hey, and welcome to my science-based guide to eating watermelon for weight loss.

I'll show you why sweet fruits like watermelon CAN help you get rid of that embarrassing body fat.

And how in fact, they can do it a lot quicker than most other foods.

You'll also see why exactly the claim that the fruit sugar in watermelon can make you fat simply doesn't hold water (or at least nowhere nearly as well as watermelon does).

Before we dive in, here's a quick overview of what's covered in this article:

The #1 benefit of eating watermelon for weight loss

The fact that watermelons are so ridiculously low in calories is easily their single most important benefit for weight loss.

If you're not exactly impressed by this fact, then you'll be glad to find out that:

Out of almost 9,000 foods listed in the USDA Food Composition Database, watermelon stands at the 584th place.

In other words, only about 7% of all foods in existence have less calories than watermelon. The other 93% foods are more fattening.

Let's take a look at how you can benefit from this in real life.

Stuff your face with watermelon and still lose weight

Now, I'm sure you don't need me to tell you 400 calories isn't exactly a whole lot of food. It comes down to less than 70 grams of chocolate, or about 1 slice of pizza.

Now imagine that instead of severely limiting your meals and feeling frustrated by ridiculously small portions, you switched to watermelons:

You could eat almost 3 pounds (1.3 kilograms) of watermelon without breaking your 400 calories per meal limit.

That's almost 20x as much food volume than if you stuck with chocolate.

Now, I'm not saying watermelon is quite as satisfying as chocolate.

I'm just saying that being able to eat 20 times as much food per meal can be quite beneficial.

But how is this even possible?

(Ripe) watermelons taste very sweet, which is a clear sign they have a lot of sugar in them.

What you really eat when you eat 3 lbs (1.3 kg) of watermelon

Eating 3 lbs (1.3 kg) of watermelon is the same as eating a little over 100 grams of solid food (some fiber mixed with sugar) and flushing it down with 40 fl oz (1.2 liters) of pure water.

So that's the "secret" to being able to eat so much watermelon and still get away with so few calories.

Let's take a look at another weight loss benefit that's caused by the fact that watermelon contains over 90% water.

The fact that they contain so much water is another benefit of watermelon that can help you get rid of that stubborn body fat a lot faster.

You see, research[1] has shown that getting in enough water helps keep the calorie burn rate in your body high.

Providing your body with enough water boosts the "thermogenesis" in your body.

Thermogenesis is the generation of heat in your body and this can help you burn off quite a few extra calories.

RELATED: If you want to discover a few more ways of revving up the calorie-burning process in your body, you should check out my guide to speeding up the thermogenesis in your body.

So far so good. But we also need to take a look at some of the downsides of eating watermelon for weight loss.

How much sugar is in watermelon?

According to USDA, watermelon contains 6.2 grams of sugar per 100 grams of watermelon.

So even if you stuff your face with 2 kg of watermelon, you'll still only eat 124 grams of sugar, which comes down to less than 500 sugar-calories.

But there's a catch (two of them, actually).

The real problem with the sugar in watermelon

As you saw, you'd literally have to eat pounds and pounds of watermelon to get in over a thousand calories worth of sugar.

So unless you plan on stuffing your face with watermelon all day long, the sugar in watermelon won't be a problem on its own (more on this in a bit).

But according to science[2], all sugars (not just those in watermelon) boost your appetite.

So even if you don't get in a whole lot of calories from watermelon, you could still end up eating too many of them, because your hunger for other food will increase.

This is not a major issue on its own (or at least it's not just an issue with watermelons), but it's still something worth keeping in mind.

One last word of warning before you decide to include watermelon in your weight loss diet.

Can watermelon make you fat?

You've seen enough science on the weight loss benefits of watermelon. But even with only 300 calories in 1 kg watermelon, can watermelon make you gain weight as well?

Well, if you're going to eat watermelon on top of all the food you're already eating, then the answer is YES.

The benefits of watermelon for weight loss are real, but they won't do anything for you if you keep getting in too many calories overall.

In other words, you can't just add watermelon to your current diet. You can't just eat them before (or after) you regular meals as a "snack".

If eating watermelons means you're only bringing extra calories to the table, they WILL make you gain weight.

So the smart way of including watermelon in your weight loss diet is by replacing some other foods with it.

Or better yet, eat watermelon as a complete meal.

As you saw, you can eat huge amounts of watermelon and still keep your calories ridiculously low.

So why not actually eat enough watermelon until it feels like you've eaten a full meal?

As you saw, the number one weight loss benefit of watermelon is the fact that they are extremely low in calories.

This fact alone makes it possible to literally stuff your face with watermelon and still keep losing weight.

On top of this, watermelons contain a lot of water, which has been proven to help keep your calorie burn rate high (by boosting a process called thermogenesis in your body).

Watermelons can be a great addition to any weight loss diet, but like I said, they need to replace other foods or you will just be bringing additional calories to the table.

But if you are going to make watermelon a part of your weight loss diet, then make sure you're not just bringing extra calories to the table.

Replace some of the foods you're currently eating with watermelon or better yet, eat watermelon as complete meals. 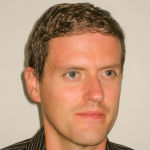